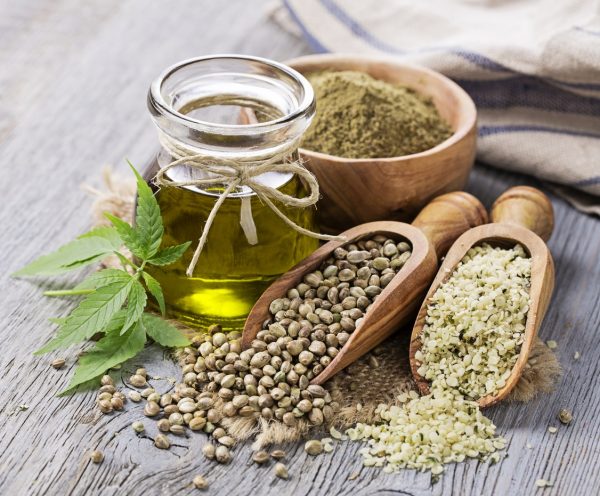 After a robust start following legalization of hemp cultivation in the 2018 Farm Bill, production of the multifaceted plant has plummeted—a dramatic reversal leaving many farmers shortchanged, bankrupt, or having to store many millions of pounds of hemp to hopefully sell later at a higher price.

Growers jumped on the bandwagon primarily to reap rewards of producing CBD (cannabidiol)—a chemical in the cannabis plant derived from hemp flowers, widely promoted as a wellness substance. A glut of hemp biomass supply caused prices for CBD to fall below production costs. Yet a “bright spot” has emerged in the Hemp Industry 2022 Opportunities Report—supply and demand for hemp fibers and grain is looking very promising, potentially exceeding acreage planted for CBD by 2024-25.

Some reasons for the downturn have been lack of regulation from the FDA on CBD, an immature supply chain, challenge of growing a tricky, labor-intensive crop in a record drought year, low wholesale prices, and the surplus of hemp biomass from recent seasons. Large national companies have been wary of investing in the CBD market, due to FDA delays due to “safety concern that needs to be addressed,” said FDA attorney Emily Leongini.

Beau Whitney of Whitney Economics echoed the supply-chain bottlenecks and regulatory uncertainty holding the industry back.

Consumer demand is strong for hemp products—from CBD and cosmetics to industrial products including paper, textiles, plastic, building materials, and biofuels. California has new guidelines for CBD in food, beverages, and cosmetics. Hemp seed, a “superfood” containing protein and omega fatty acids, is well suited for animal feed and plant-protein, an exploding industry. Experts are suggesting a “pivot” to fiber and grain as a more stable market than CBD. “We’re only at the beginning of the renaissance of hemp,” it says.

Wendy Mosher, CEO of Colorado’s New West Genetics, sees demand rising for hemp seed for fiber. International production is expected to surge in Africa, Europe, Asia, and Latin America with demand offering a chance to revitalize depressed economies. While current U.S. supply chain lags behind China’s and Canada’s, U.S. researchers are working on seed development for greater consistency. Colorado State University has launched a hemp fiber project with Patagonia, to focus on sourcing hemp in the U.S. to supply textile mills down the road.

Hemp’s regenerative bonus, and other opportunities

The hemp plant is also particularly good at sequestering carbon in the soil, so it fits well into the regenerative farming model. Hudson Hemp in New York is growing hemp to improve topsoil and fertility, use fewer chemicals, and decarbonize. “This year, we produced 10 acres of CBD-rich hemp to use in tinctures and salves,” noted Hudson Hemp co-founder Melany Dobson.

Looking forward, hemp may even have a significant role to play in the growing carbon offset financial markets.

Steven Hoffman of Compass Natural Marketing provided notable indicators of hemp’s resurgence. The industry is becoming increasingly bipartisan and BIPOC—Republican Sen. Rand Paul’s HEMP Act to raise the THC limit in hemp (from 0.3% to 1.0%), for example, and the CBD Product and Safety Standardization Act of 2021, sponsored by Democrat Rep. Kathleen Rice and Republican Rep. Morgan Griffith. Highway Vodka in Houston is the first Black-owned distillery in Texas, encouraging people of color to embrace the hemp market. Native American Tribes are participating, including Alex White Plume of the Oglala Sioux Tribe and one of America’s original hemp farmers; the 5th Annual Indigenous Hemp Conference in March will educate the Native American community about hemp production.

The USDA will release its first National Hemp Report in February, with data from 20,000 producers. The report will establish a benchmark to help farmers decide the type and amount to grow.

“Once the market begins to mature, the future looks bright for the hemp industry,” Whitney said.