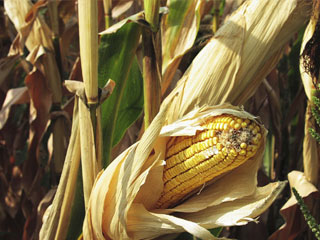 Farmers questioning the value of GMO traits in corn

Interest and demand for non-GMO corn seed among US farmers is growing, according to seed suppliers who say that higher yields and returns, less cost, dissatisfaction with genetically modified traits, and better animal health are driving the demand.

Tim Schneider, a sales representative for Tom Eischen Sales (515-320-3431) in Algona, Iowa, said he is selling 20 times as much conventional, non-GMO corn seed as GM this year. “Demand has been steadily going up,” he says.

“Demand has never been higher. We are growing faster than what we can handle,” says Will Trudell, vice president of De Dell Seeds (www.dedellseeds.com).

Though based in Ontario, Trudell says he is getting many calls from US farmers wanting non-GMO corn seed.

Mark Terpstra, owner of Mark Seed (www.markseed.com), says that four years ago, he was selling 70% GM corn seed to 30% non-GMO, but now those numbers are reversed.

One reason for the increased interest in non-GMO corn seed is higher yields. “Yields of non-GMO are comparable if not better (than GM),” Eischen says.”

“The market is growing, and farmers are beginning to realize they can get the same yield levels as they would with GM corn in many situations and increase their profitability,” says Ben Benson, President, B&M Seed (www.bigcob.com).

George Naylor, a corn and soybean farmer in Churdan, Iowa, says his non-GMO corn yielded 141 bushels per acre in last year’s drought conditions compared with a neighbor whose GM corn yielded 100 bushels. Naylor also earned a $.50 premium above commodity price for his corn. “My neighbor told me he might as well grow non-GMO corn,” Naylor says.

Terpstra says farmers in Illinois are earning $.60 to $1.00 per bushel premiums for non-GMO corn.

“Farmers have become more aware of premiums being offered for non-GMO corn. If there is a premium and the yield is same as GM, why not go non-GMO?” says Lynn Clarkson, president of Clarkson Grain (www.clarksongrain.com), a buyer of non-GMO corn and soybeans.

“From what I hear, the ‘chemistry’ isn’t always working well, whether it’s because of Roundup resistant weeds, or root worms that aren’t handled,” says Maury Johnson, president of Blue River Hybrids (www.blueriverorgseed.com), which sells organic corn seed. “Why pay $250 for a bag of corn when the chemistry isn’t as effective as advertised?”

“I’m hearing that the traits aren’t working, that farmers have to use insecticides,” Schneider says.

“People are starting to question the value of the (GM) trait, especially in years with a lack of pest pressure,” says a seed supplier who asked to remain anonymous.

“Farmers are seeing that they been misled on traits and asking: Where is the value?” says Gilbert Hostetler, president of Prairie Hybrids (www.prairiehybrids.com).

“More farmers are beginning to think for themselves,” says Art Scheele, president of American Organic (www.american-organic.com), which sells organic corn seed. “The more progressive growers are starting to do their own testing (of corn seed) and not relying on company trials,” he says.

Seed suppliers cite growing awareness of GMO risks and sustainability as another reason why farmers may be considering a switch to non-GMO.

“People are becoming more aware of what is in their food, and they want non-GMO,” Trudell says.

There have been reports of farm animals suffering health problems due to being fed GM corn and soybeans. A few years ago, several Iowa farmers reported that their hogs suffered false pregnancies when they were fed GM corn. The problem stopped when the farmers switched to non-GMO corn.

Terpstra says that hog producers he knows in Minnesota are switching from GM to non-GMO corn for feed and are seeing much fewer sicknesses and deaths among hogs.

Schneider says he knows of one hog farmer who saw increased litters and healthier animals when they were fed non-GMO corn.

The non-GMO corn seed market faces several challenges, including shortages, lack of investment by major seed companies, and the threat of GMO contamination.

Inadequate supply of seed was cited by several suppliers. “The major see companies are mainly selling GM seed with traits and only selling non-GMO as an afterthought,” Hostetler says.

“The supply is not adequate,” says Howard Vlieger, president of Verity Farms (www.verityfarms.com).

However some suppliers say non-GMO seed is available. “Growers wanting to plant non-GMO seed have a plethora of options most of which are outside of the major national companies,” Benson says.

“The main challenge is the marketing practices of the major seed companies that promote (GM) traited hybrids as the only choice for farmers to plant,” says Alix Paez, president of Genetic Enterprises International (515-278-1170), which develops non-GMO corn seed.

“The supply of genetic seed stock for non-GMO is not as good as it should be,” Vlieger says.

GMO contamination is a problem in seed and harvested grains and can cause non-GMO and organic farmers to suffer economic losses.

“Maintaining seed and grain purity (from GMOs) is a big challenge,” says Scheele. “One of the worst things a grower can hear is that he has a ‘hot’ load that he can’t sell for the premium he thought he was getting.”

Another challenge is educating farmers about the value of non-GMO. “We need to help them understand that in order to heal the earth and soil, we have to go back to non-GMO seed,” Hostetler says. “We have to convince farmers that they can grow 200 bushels per acre with non-GMO. It can be done easily. Everything is there to make it work.”