Garden of Life executive: 'Becoming non-GMO verified is challenging but worth it' 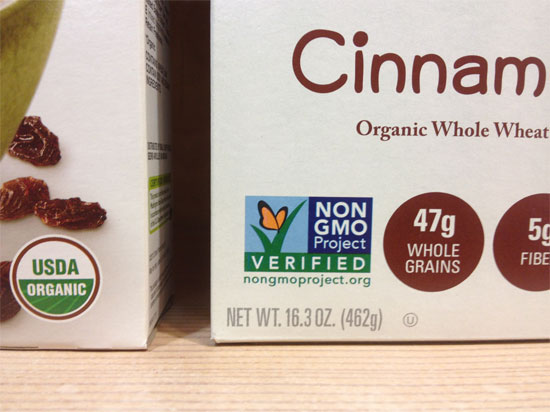 Becoming Non-GMO Project verified is a long journey that is ultimately worth the effort in terms of improving a company’s products and building better relationships with consumers. That was a key message given by Jeff Brams, vice president of Garden of Life, when he spoke recently at an educational session, “Preparing your products for non-GMO verification” held at Natural Products Expo West in Anaheim, California.

Organic is easy compared to non-GMO

Brahms described his company’s experience becoming Non-GMO Project verified. “I have a love-hate relationship with this subject,” he said.

Brahms described organic certification as “really easy” compared to non-GMO verification. “The knowledge base you need is new. We don’t have 40 years of operating a non-GMO standard as we do with organic,” he said.

Non-GMO verification is particularly challenging for supplement manufacturers such as Garden of Life because they can have as many as 30 ingredients in one supplement.

Brahms compared the verification process to peeling an onion, uncovering more layers. “Suppliers sent us documentation saying their ingredient is non-GMO, and then we went back to the supplier and asked for more documentation,” he said.

A manufacturer’s relationship with suppliers takes on a new meaning, Brahms said. “Don’t take no for an answer. It requires determination to lead the way for vendors and understand how to get to a place where we can work together.”

Becoming non-GMO verified helped Brahms get a better view of his supply chain and to make improvements. For example, Garden of Life switched from a GMO-risk soy-based source of Vitamin E to one from sunflowers, which has no GMO risk. “We’ve looked at other aspects where we’ve gotten better and have conferred more value to consumers,” Brahms said.

Overall, Brahms said becoming non-GMO verified has been a long journey. “This is a commitment that is only strengthening as time goes on,” he said.

In another presentation, Sandy Kepler, vice president of FoodChain ID, which is a technical administrator to the Non-GMO Project, described 10 steps a company could do to prepare their products for non-GMO verification. These included consulting with an experienced non-GMO technical administrator before participation, setting reasonable expectations for achieving compliance, considering a “staged” enrollment of a few products initially, developing non-GMO consumer messaging in preparation of verification, seeking guidance from an experienced GMO testing laboratory, gathering data from ingredient suppliers in advance, and formulating new products with non-GMO verification in mind, among others.

An IP program encompasses traceability, segregation, and identification, which includes inspection and testing.

“Test as early in the supply chain as possible,” Secrist said. “This is when ingredients are the least processed.”

As ingredients become more processed they are harder to test for GMOs because the genetically modified DNA breaks down and is difficult to detect.

“DNA must be intact for accurate GMO quantitation,” Secrist said.

Of the two tests, PCR is considered the more accurate and sensitive test. “PCR is the industry standard used worldwide to verify contracts and ensure regulatory compliance,” Secrist said.

She emphasized the importance of sampling in GMO testing. “Sample size is directly linked to test method sensitivity. The larger the sample size, the greater the sensitivity,” she said.

If a test shows GMO content above a non-GMO threshold, Secrist recommends strengthening the traceability of the IP program or sourcing different, low GMO-risk ingredients.

Ken Ross, CEO of Global ID, gave an overview of the growing demand for non-GMO foods, citing decisions by General Mills and Post to go non-GMO in iconic cereal brands Cheerios and Grape Nuts, and other significant non-GMO commitments by Chipotle Mexican Grill and Smart Balance.

“These brands clearly believe consumers care about this issue. This is the beginning of the trend of mainstreaming of non-GMO,” Ross said.

However, he cited a survey of food products on stores shelves that found 1200 non-GMO claims. “This leads to confusion in the marketplace,” Ross said.

Ross described the Non-GMO Project as “the most rigorous verification program.” With sales reaching $5 billion in 2013, there are now some 10,000 companies supplying 17,000 unique ingredients from 96 countries to Non-GMO Project verified products.

Another indication of the rapid growth of the non-GMO market is the fact that the number of non-GMO labeled product launches grew from 293 in 2009 to 1300 in 2013. In addition, sales of non-GMO products are expected to reach $800 billion by 2017.

“Non-GMO is here to stay and growing in importance,” French said.